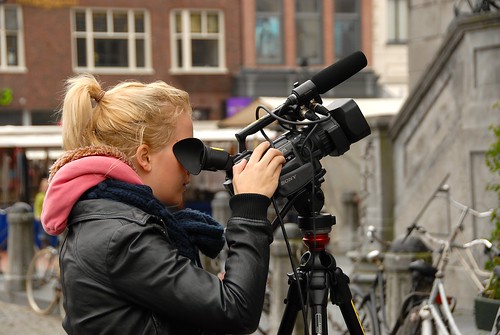 Forget equal pay, sexual harassment and the representation of women in politics and company boards. Dominique Martin, a French far-right representative at the European Parliament (EP), believes there is one domain in which the European Union (EU) is trailing, and that is the right of women to “stay home” and take care of their family.

“We all know women who work part time for eight or nine hundred euros a month,” said the politician from the French National Front (FN) in a session of the EP’s Committee on Employment and Social Affairs. “Do you really think they do it because they find it fulfilling? So as to have a career? To be equal to men? No, they do it because the family lacks 800 to1,100 euros to meet their needs, and that’s unacceptable.”

Despite some heckling from his fellow committee members, the eurodeputy went on explaining the benefits of what he calls a parental salary : not only would these stay-at-home women free up jobs in the European economy, but their kids would also be more likely to stay off the streets and receive a better education. Dominique Martin would even consider making this a gender neutral measure, if the Committee was so inclined.

While the proposal of the FN politician gained little support within the EP committee, it may well be a reflection of the troubles European women are having in the redefinition of their role in society. How much have the EU and its member states really contributed to this process in recent decades ?

In Europe, it has been over forty years since female workers of all social classes entered in mass the labor market, and yes, gender equality statistics are slowly progressing : violence against women is down, the gender pay gap is decreasing (but still present),  there are more women in politics and on business boards (but still a minority in most EU countries)…

At one extreme, the pressure at work is growing. Western role models such as Facebook COO Sheryl Sandberg are now calling on women to “lean in” (the title of Sandberg’s latest book) and fully invest themselves into their professional lives to become true leaders in their field. Some companies are even considering paying for their top female employees to freeze their eggs so their biological clock will not stand in the way of their professional development.

Yet despite the growing diversity in family structures, the traditional obligation for a woman to take care of her household is still very present, both in cultural stereotypes and in actual legislation : in most heterosexual families, working women are still in charge of the majority of chores, and European parental leave benefits around the birht of a child still overwhelmingly target mothers over fathers. Somewhere in the middle of these conflicting factors, women try to lead double lives at work and at home, and sometimes throw the towel. After decades of downwards sloping, there has actually been a steady rise in the numbers of stay-home mums since the turn of the millenium.

For Mr Martin, “men are from Mars, and women from Venus”, as he concluded in his statement to the Employment and Social Affairs Committee. Yet his proposal rises a question that has been widely absent of the EU public debate : should Europeans (male or female) be presented with the option to fully concentrate one aspect of their lives ?