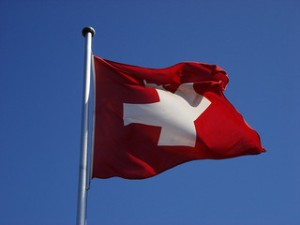 What is the situation?
On Sunday, the Swiss population passed by a narrow margin (50,3%) an initiative promising to set limits to mass immigration in Switzerland. One party behind this referendum: the Swiss People’s Party (SVP or UDP depending on the national language), a conservative right-wing party who led the initiative to ban minarets in Switzerland.  In the last years, the country had welcomed annually over 70,000 EU workers. Foreigners currently represent around 23% of the Swiss population, to which you can add approximately 150,000 frontier workers coming from Germany, France & Italy.

Who is concerned?
Anyone who wants to reside in Switzerland (foreign workers, asylum seekers, family members of people residing in the country, etc.), since entries will now be limited by set quotas. The right of foreign residents to receive social benefits or an authorization for long-term residence may also be limited.

What will it change for France?
First, there are the direct consequences of the vote, which will affect the lives of several French workers either living in Switzerland or crossing the border every day to work (approximately 65,000 people in this last group). Most importantly, this is an additional incentive for France to “protect” its borders for foreign migrants: if prosperous Switzerland is doing it, why shouldn’t one of its closest neighbor do it too? We’re talking about a country with which France has several economic ties, on top of a common historical background. It will be interesting to follow how French politicians handle this Swiss development. National Front leader Marine Le Pen has already reacted, congratulating the Swiss on their lucidity in a press release.

This Swiss victory will reinforce the French people  in their will to stop mass immigration and to take back the control of their borders in their face-off with the European Union. Marine Le Pen

At the other extreme, French Foreign Affairs Minister Laurent Fabius declared that Switzerland will suffer “from being inward-looking.”

When will the Swiss decision be implemented?
All international treaties (a.k.a the agreements Switzerland has made with the EU) will have to be renegotiated within the next three years.

UPDATE
According to Martin Grandjean, from the University of Lausanne, the “cantons” most favorable to the immigration regulation initiative were those where there were the least foreigners.

For those reading French, here is the full text of the referendum initiative.